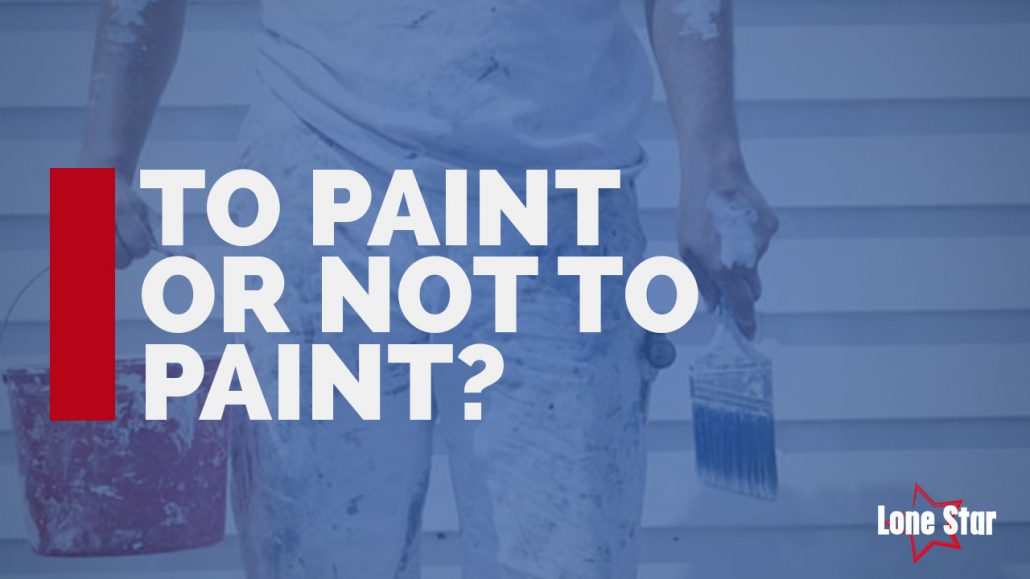 Last summer, the paint was peeling badly on the south and east sides of our house. Those sides get a lot of sun. The sun, combined with exposure to the rest of the weather all year, wears down the paint quickly. It had only been three years since I had the house painted for almost two thousand dollars. My neighbor had vinyl siding installed the previous year, but he said he paid a lot for it. I just wanted a quick, cheap fix so I didn’t think siding was worth it. I landed on doing it myself!

Paint is cheap, right? Not really when you consider the square footage of just one side of a house not to mention 4. Then, don’t forget the primer because the paint apparently does not work by itself. I lugged heavy buckets of paint and primer back from the home improvement store, along with brushes and rollers and rags.

I just wanted a quick, cheap fix so I didn’t think siding was worth it. I landed on doing it myself.

When I first got out the heavy ladder I would grow to hate and got up close, the peeling was worse than expected. My job of scraping the peeling paint just increased. I came to find that scraping is a harder chore than it looks. I spent a full weekend scraping the two sides alone.

The priming took another weekend of climbing up and down the infernal ladder. It seemed like every time I came down I would see a spot I missed. After buckets, brushes, rollers, and sore leg muscles, I got the priming finished.

When the actual painting finally began, it took another weekend to paint the house, and another yet to paint the trim and fix my mistakes. By now I had paint on almost every window and ruined two pairs of old sweats. The end result looks…decent. It looks like a hapless homeowner went cheap.

The investment may be more, but next summer we are having our house wrapped with vinyl siding. To paint or not to paint…I choose not!

The cost of vinyl siding is more than paint, but once it is installed there’s nothing left to do. Take the hose to it once in a while to clean it off. It doesn’t ever rot or peel. And the insulation they install underneath it adds R-value to the walls. The investment may be more, but next summer we are having our house wrapped with vinyl siding. It will add significant value to the place, but I will be most thankful for not having to climb that ladder again.